10 Proven Testimonial Examples You Can Use To Boost Conversions 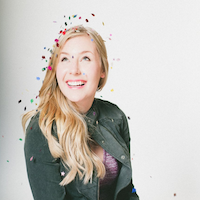 A testimonial is a powerful tool in helping to create trust.

Ready to increase your conversions with testimonials?

In this article, I’ll go over the 10 testimonial types you can use in your business and on your website to increase conversions and improve your marketing.

The quote testimonial is the granddaddy of all testimonials, and likely the first example you thought of. It’s been used for as long as testimonials have been alive and remains the most common type of testimonial today.

We can go all the way back to the 1870s and find advertisements like this one, which includes endorsements from Hop Bitters customers who have used the product. In one case, the testimonial included the full address of the author, increasing the authenticity of what was written.[*]

Positive quotes remain popular for increasing conversions, and it’s the type of testimonial you most often see on sales pages, like the sales page for the Simple Green Smoothies’ 7-Day Green Smoothie Challenge:[*]

They feature images of the alumni and a quote about their experiences with the challenge.

You might recognize this snackable form of testimonial from our Showcase page, too:

The quote testimonial is brief and succinct, so it is easy to weave in sales copy, over images, and within content.

But it's not limited to text. For example, some hosts read these recommendations at the beginning of their podcast episodes, both to provide social proof and encourage others to leave a review.

Peer testimonials are one of the most effective types of testimonials you can have on your website because of Implicit Egotism.

Sounds fancy, right? But it's a simple idea.

Implicit Egotism refers to the idea that we naturally gravitate toward people, places, and things that resemble ourselves.

You may not have noticed, but you are more likely to buy a product if the person in the advertisement is like you. You’re also more likely to trust a testimonial if it is provided by somebody who resembles your traits and demographics.

That’s why peer testimonials are so effective. So long as they’re not necessarily coming from your peers (as the seller), but are instead coming from your site's "customer persona," or those who you want to sell to.

For example, on the Ahrefs homepage, you can see testimonials from people who resemble Ahrefs’ target market:[*]

Ahrefs gets people interested in their brand by showing how well it works for others in relevant industries.

If your business is targeted toward young American mothers, your testimonials should be from people who match this audience. If middle-aged Canadian childless men are used, good luck convincing those mothers of your legitimacy.

Having natural conversations unfold around your work on social media is authentic and adds another layer of credibility to your business. The biggest difference between these and the other types of testimonials is that you usually ask for the other types, whereas social recommendatiosn mostly happen organically.

If somebody loves a company enough to use their personal social media accounts to shout it out, it’s hard to ignore it’s credibility.

A good example of this is Canva.[*]

For this, Canva has used testimonials from not just one platform, but TWO. They’ve managed to combine posts from Twitter and Instagram for their social proof section to create something really cool to look at.

It acts as both a testimonial for the service they’re providing as well as social proof to let readers know that other people are diggin’ what Canva is doing.

This is different from the celebrity endorsement social proof, in that influencers are simply highly trusted authorities in your industry or field.

They aren’t typically well-known celebrities outside their industries, but they hold a high level of influence within. You can see an example of this on Tony Robbins’ homepage:[*]

Testimonials from influencers are so effective because their names are highly trusted and recognized. When you have a great review from an influencer, it shows your audience that you too are trustworthy. After all, somebody that they recognize and admire is endorsing your product, service, or work. If it’s good enough for them, it will be good enough for me, right?

Another example is Foundr. If somebody landed on their page without knowing who they are, you wouldn’t pay much attention to them. However, by displaying testimonials from influential figures (such as Daymond John, Marie Forleo, and Gary Vaynerchuk), they are able to gain more credibility within the business community.[*]

Video testimonials are one of the most trustworthy forms of testimonial because it’s difficult to fake one that looks authentic.

Here’s an example from Timothy Sykes:[*]

He features his top students on his “Testimonials” page using lengthy videos.

When you jump to his page, you’ll notice that video testimonials fill the entire page.

It’s easy to fake a text testimonial by just writing something up and stealing somebody’s Facebook photo you knew in college, but to get somebody to sit down in front of a camera and sing your praises? That’s credible.

If you’re a B2B business, don’t fret. You can use video testimonials on your website featuring your biggest customers like how Zoom does it. On their website, they have a combination of both videos and case studies, with the majority being videos.[*]

There are few things more powerful than demonstrating quantifiable and clear obvious results.

That’s what the success story testimonial does. Success stories walk the potential buyer step-by-step through a specific transformation another client has made with the product or service.

Instead of quoting the client saying nice things about your product or service, actually walk through the success they’ve had with it instead, like Steve Kamb, the owner of Nerd Fitness does on the sales page for his flagship course, Nerd Fitness Academy.[*][*]

The Nerd Fitness Academy is an online course and community focused on building habits and nutrition, fitness, and mindset, and the success story testimonial makes the sales page so much stronger:

The before and after photos act as a photo testimonial for readers, which creates that feeling within them that with Steve’s program, they can achieve their fitness dreams.

As you can see, he uses the peer testimonial concept as well to incorporate different types of people. He captured busy mothers, people who went from obese to fit, both weight loss and muscle gain, men and women, different ages, and different motivations.

These blog posts go into detail about their success stories being an AppSumo Partner and launching their businesses with us. This makes it a very powerful tool to boost conversions as having testimonials like this gives more assurance to other partners that the service is top-notch.

These are used for good reason: they’re magnetic for readers as they begin to see themselves in the success story. It shows that what we do actually works - and there are results to prove it.

One effective way to combine both the client testimonial, a video or audio testimonial, and a success story is to interview your clients or customers about their experience working with you or using your product.

Oberlo posted interviews on their blog with users who have been successful while using the service. In the example below, they did a series of interviews with some of their users about how they started out and how Oberlo paid a part in their success.

Long-form sales copy triggers something in our brains that makes us believe that if there’s so much to say about the product or service, there must be a ton of value in it.

As the saying goes, "the more you tell, the more you sell," and testimonials are no exception. Long-form testimonials pack more than just a few sentences or paragraphs into the piece, so it reads more like a story, and stories turn out to be highly persuasive because people are persuaded better through being "transported into a narrative world" than through logic.

Another example is AppSumo. In their case, they use long-form testimonials in the form of blog posts to prove that their service works.

One testimoniala lot of people have been using recently is the mashup testimonial, where several individual quotes are strung together into an audio snippet or video.

You’ve probably heard these as social proof on the radio: a number of people saying nice things about the station before a song starts or when the hosts are being introduced.

This is particularly effective with podcasts, and many people have used these types of testimonials as anniversary specials or product launch specials.

You can see an example of this done for The Brainy Business first anniversary special podcast episode:[*]

If you listen to the episode, you’ll hear their students leave audio testimonials for their Academy and the lessons they’ve learned listening to their podcast over the past 10 years.

To hear so many people sing the praises of a podcast, website, or product proves that it must be good.

Most testimonials show a fairly high-level view of their clients and customers and the results they’ve achieved.

That’s not the case for a documentary series testimonial.

Imagine giving your prospects the chance to see how someone else has benefitted from using your product/service. Your prospects can see how it was before and after, and the client's journey. This also gives a more authentic feel to the testimonial.

Here’s a documentary series in action. In 2016, Bryan Harris of Growth Tools (formerly Videofruit) launched his flagship product, Get 10,000 Subscribers.

Unlike most course testimonials, Bryan did something unconventional. He recorded a three-part documentary series featuring his former students from previous programs.

With his camera crew, Bryan visited three of his former students at their homes and went ahead documenting their experience in his course.

Here’s the traffic he got from just a single video on the Growth Tools Facebook page:[*]

For just that one video, they’ve managed to reach more than 39,000 views, 381 shares, and 200 comments. That’s pretty mean stats right there!

There’s just something more powerful about giving your prospects a taste of how their life can change for the better if they purchased from you.

Filming a documentary isn’t really everyone’s cup of tea and for some businesses, it may not even be the best type of testimonial for you to implement.

However, it’s important to know that more business owners are shifting to shooting more professional videos to market their products better.

Why? Because it works.

HOW TO START GETTING MORE TESTIMONIALS FOR YOUR BUSINESS

You’ve just seen the types of testimonials that you can use.

Question is, how exactly do you go around asking for these testimonials? How do you ensure that you get a brag-worthy endorsement?

Here are some quick steps you can do to ask for and receive a testimonial that’s going to convert for you:

Let us know in the comments below on how the different types of testimonials listed in the article helped you.

10 Email Marketing Best Practices To Maximize Your ROI In 2020

Digital Marketing 101: Grow Your Business Online During The Coronavirus