Lead Generation Case Study: How To Get 40,000 Leads Per Month 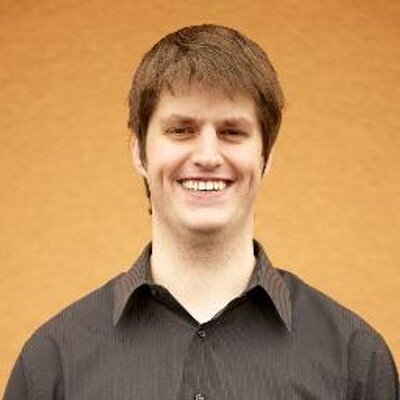 Here’s our cumulative lead volume compared to our goal for the year:

I’m going to walk you through how I did it and why I’d never do things that way again.

My Shameful Secret From Growing Our Leads

I don’t think I’ve said this publicly before.

I’ve tried to avoid mentioning it.

During that glorious lead generation year, we didn’t increase traffic at all. Total traffic in 2016 was nearly identical to traffic in 2015. It might have actually shrank slightly.

As someone who's built their career in online marketing, that’s embarrassing. But that’s not the shameful part.

Where did the leads come from?

For the most part, we optimized the traffic we already had.

I took the growth program I developed while I was leading the marketing team at KISSmetrics and rolled it out on I Will Teach You To Be Rich.[*]

The program focused heavily on A/B testing and optimizing funnels.

By January 1, 2016, we came out swinging. We crushed our January lead goal and kept hitting our monthly goals all year long.

These were brand-new double opt-in email subscribers we could pitch our products to. Looking back, that volume was insane.

In January 2017, our total traffic started dropping, all from losses in search traffic. By mid-February, we were down by about 40%.

We then spent the next two years scrambling and never got back to our traffic levels before the drop. While I had my team aggressively driving conversions, we let a bunch of site debt pile up:

I knew these were problems, but I never bothered to fix them. I figured we could come back to it later.

Then in January 2017, Google decided it was time to collect on that debt and lowered all our search rankings across the site.

Up until I left my role at I Will Teach You To Be Rich in December, 2018, we never hit the same lead volume we had in 2016. We took too hard of a hit on traffic, our conversion wins couldn’t cover the gap.

The drop in traffic is my shameful secret.

While I can sit here and brag about those leads of 2016, I have to remind myself this same program allowed a brutal Google hit to take place.

Because of how badly my program did in 2017, I wouldn’t build that same growth program again. I’d do things entirely different today.

First, I doubt I’ll ever focus so heavily on A/B tests again. Unless you have a user-driven business model like Facebook or Uber, conversion wins can only take you so far. I’d rather have a program that can grow traffic year in and year out.

Second, I always start with a deep site audit now before building my long-term growth program. I never want to get blindsided by a huge traffic drop again.

Let’s break down the old program, and I’ll walk you through where those 40,000 leads per month came from.

If you absolutely need to hit a lead goal, there is always a way to do it if you’re willing to spend enough money.

When I joined the team, we were spending $170,000 per month on Facebook ads. This drove tens of thousands of leads every month. Two of the marketers on our team spent their time exclusively on paid.

During 2017, we took the same A/B testing program that we were using on the site and applied it to our Facebook ad funnels.

Those wins allowed us to keep our lead volume up while reducing our budget.

Wait. Why didn’t we just increase our lead volume?

We had doubts about the profitability of our leads during this period and started doing a lot of testing around profit instead of raw lead volume.

If you’re willing to buy your way to lead growth, it can be done. Large budgets combined with non-stop A/B testing on your Facebook ads can get you the lead volume that you need.

Like I said, our total traffic didn’t grow at all.

Instead of growing traffic, we focused exclusively on increasing conversion rates. That is where all of our organic lead growth came from.

My growth program includes a disciplined approach to A/B testing.

There are seven rules I make my teams follow:[*]

Our designer and two engineers researched, built, and ran A/B tests around the clock. We had 5-6 A/B tests running at any given moment, prioritizing our homepage, pop-up, and double confirmation page.

Most of the tests didn’t hit statistical significance, a few made things worse, and a couple were major wins.

My A/B testing system focuses on:

Once you find a few conversion wins at the same step of the funnel, you’ll double or even triple conversions.

For example, we spent a bunch of time running A/B tests on our exit pop-up on the site.

A couple of tips on getting similar wins for your site:

This version quadrupled leads from our pop-up. And since the pop-up ran across the entire site, that’s an enormous impact on conversions.

A few wins like this throughout the year and you’ll crush your lead goals.

We also found several major wins on our double opt-in confirmation page that improved the percentage of email opt-ins that double confirmed their email.

The original confirmation page had a 63% conversion rate:

This is the version that got us to an 82% conversion rate:

Some of the wins from this page that you should copy:

Since every lead went through that page, every increase in the conversion rate went straight to our lead total. It had a massive impact.

I always focus on the site assets that have the biggest influence on total conversions.

For us, this included the:

We tested a few other pages but those three drove the bulk of our organic lead growth.

For info-product businesses, one of the tried and true lead sources is affiliates. Find other info-product folks in your same category, build relationships with them, and persuade them to promote your products for a cut of the revenue. A few tips on making the pitch:

To be honest, I can’t really say “we.” I had little, if nothing to do with this lead growth. Our Affiliate Manager at the time, Colleen Taylor, had a ton of experience in this space and did an amazing job. All the credit goes to her.

If you’re considering building an affiliate program, I have a few pieces of advice:

Why I Wouldn’t Build That Growth Program Again

When a manager joins a new company, they tend to run the same program that worked for them at their last role.

That’s exactly what I did.

I had a conversion optimization program that worked really well at KISSmetrics so I used it without understanding the limitations. It allowed me to drive growth without solving two fundamental problems:

While I spent a year and a half driving conversions, I also opened up a severe vulnerability. Not only would Google come and collect on our site debt, but I wouldn’t have a traffic engine in place when it did.

My best theory for what caused the drop is that after we launched a new WordPress theme, Google recrawled our entire site and reevaluated all the low-quality content that was still live.

We had thousands of terrible blog posts, duplicate content, a mess of domains, and broken landing pages.

We stopped the decline and reversed it slightly by doing a huge site audit and purge. We removed thousands of pages.

But we didn’t have a real traffic engine in place to build momentum afterward.

Purging a site is starting to become a best practice in SEO circles now.[*]

Step one when you start working on a site for the first time is to audit the site and remove low-quality content that isn’t generating traffic or links.

This is where I start today.

I do whatever it takes to make the site healthy. On a large site that already has 100,000+ visitors/month, I plan on 3-6 months of cleanup to make it rock-solid.

Only then do I start working on conversion optimization and traffic growth programs.

Here are some of the bigger items I get fixed:

How To Get A Quick Win

Not all of us have the luxury of spending 3-6 months on foundational work at a new job. Especially as a new function manager, you’ll have pressure to produce wins and build credibility within the team. I’ve been there plenty of times myself.

Any great executive will have a few quick win projects that they can play in the first 30-90 days. Once wins are on the board, then they can go after the bigger challenges that don’t have immediate payoffs.

I put together my 5 Step Process For Finding Major Funnel Wins On The Cheap.

With a big win, I have the credibility I need to start pushing my foundational projects through.

Get The Quick Wins Guide