How Jules Pieri Grew The Grommet 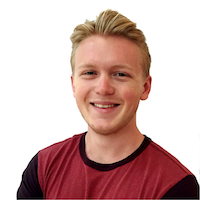 Let’s say I put you in a sealed room and tell you that you need to draw a picture of a poodle.

But, there are two cases here. In one case, I don’t give you anything else. Just a pencil, some paper, and say “go.”

In the second case, I give you a few pictures of poodles, some other people’s sketches of poodles, and maybe even a real poodle to keep you company (and distract you).

Now, in which case do you suppose it’d be easier to draw the poodle? The second one! Duh!

Doing something is so much easier when you have a good framework to go off of, some examples to use, and something to help you visualize what you should be doing. The tools alone, in this case, the pencil and paper aren’t enough.

At Sumo, we can give you the best tools to grow your online business, but tools alone aren’t enough!

We want you to have a repertoire of case studies showing how people just like you are killing it in their respective fields, whether that’s an app company, massive community blog, or curator of cool niche products.

So how do you go from selling outdoor baby blankets to raising millions of dollars and launching thousands of products? Let’s find out.

Enter Jules Pieri and The Grommet

For those unfamiliar with it, The Grommet is a unique shopping site that picks and launches one cool new product every single day.

The product could be a stylish piece of clothing from a niche designer, a cool tech product, or even something as unexpected as biodegradable pet burial pods.

Noah sat down with Jules, the founder and CEO, to figure out two things. What has she learned over the last seven years running and building The Grommet, and what tips and tactics can you, lovely reader, try to employ in your own business?

Be sure to take notes, there’s a lot of great information here!

Start Small and Local to Prove the Model

When Jules was first starting The Grommet, she got a basic website built to handle the sales, but avoided too many bells and whistles.

“There was no good off-the-shelf solution for building a site like this… I paid one developer to build the whole thing in Ruby on Rails… We were up for 36 hours straight before the launch… it was a magical moment.”

Competitors at the time like Gilt and Woot had their own sites for the products they were launching, so Jules needed one of her own to get a sense of whether or not the business idea was viable.

Once the site was functional, she just messaged her friends and family to see if they were interested in the first product she was selling: a “high-performance outdoor blanket for babies.”

“Sweat equity, sweat your way through the initial marketing push, it doesn’t take you very far, but it’s a start”

After her friends and family knew about it, she kept launching a new product every single day. On the third day, someone from the press wrote about The Grommet and that day’s product, and it just went from there.

Don’t over engineer your first version and don’t start with a massive marketing plan. If no one you know is interested, it’s doubtful that other people will be.

Be Friends with the Press, Don’t Pitch Them

On the third day The Grommet was in business, they were picked up by a reporter and their product for that day was featured in a story.

“On the third day we got this great piece of press, but I didn’t want it! We had three products and I didn’t want any traffic coming to our site when there was nothing to look at... Press is hard, it’s not controllable.”

Getting more press than you want is a great problem to have, but how did they do it?

Jules said the key was to try to be an expert source for reporters first, and then try to have them cover you later.

She kept a list of ten reporters she was closest to and who talked about things relevant to her interests and sent them stories that they might be interested in covering.

It was key to stay on their radar. An easy way to do this is to keep leaving relevant and insightful comments on their articles, which also provides the benefit of creating discussion around their pieces.

“The core thing I do with the press is maintain relationships with ten of them. I read their stuff, comment and share it, but ultimately I try to be a good expert source for them and show that I know something about the industry my company is in.”

By keeping up relationships and sending them good stories, whether or not it was about The Grommet, she maintained a strong press relationship that’s paid back dividends over the years.

“You play a sport differently if you think the game is 15 minutes versus an hour, but I think most of us aren’t really thinking that. It’s too big for our brain. So we don’t necessarily play longball in things. But it’s useful to play longball! When we don’t get a candidate I still think we’ll get them later.”

Think about playing long-ball with the press. Who writes about your industry that you could start developing a relationship with? How can you make their life better by sending them stories, or engaging with their work? Make your own list of ten, and start building relationships.

Have a Relentless Commitment to Quality

When you’re launching a new product every day, as they do at The Grommet, it would be easy to start lowering your standards and letting sub-par products into your cycle so that you don’t have to spend so long looking for them.

But for Jules, that idea was unacceptable. At The Grommet, they give a full story for each product that they launch. If it’s a bad story, or a bad product, then that’s a small amount of trust lost with their community. Too many of those moments and you start losing customers.

In Jules’s case, there was a situation where they were one day away from launching a product, and it turned out that it wasn’t nearly as good as they were led to believe.

“We thought we found this great set of non-stick non-scratch pans, and we had everything set to go, we’d filmed the videos, I was even using them in my house. Then we translated some reviews from the Netherlands from people who’d used the pans longer than we had been able to… and we had to pull the launch the night before it was going live.”

They pulled the launch they had planned and put together an entirely new one in less than 24 hours to fill in the gap.

Crazy stressful last minute decision? Yup. But a clear sign of how committed they are to delivering the best for their customers? You bet.

Decide on what you stand for, whether it’s great products, great content, fast services, and make sure that you’re living up to that commitment in everything you’re doing. Where can you improve your delivery on that commitment?

Don’t Assume the “Obvious” Will Work, Experiment with New Channels

In addition to the press coverage, Jules started experimenting with other ways that they could grow their business and increase their email subscribers.

“Initially I thought Facebook was going to be our amazing platform, and it turned out not to be. But other platforms like Instagram and Pinterest played out better for us because we’re so visual.”

The problem, she said, was similar with Display ads.

“People weren’t searching for these products, they didn’t know they exist.”

What Jules learned was that to make your advertising effective, you need to know what situation and mindset your target customer needs to be in to visit you or find your product.

What worked for The Grommet was finding niche affinity magazines, and then advertising specific products in them. So for example:

“You open your newsletter, let’s say you’re really into Chihuahuas, and when you open that newsletter you’re in your happy mindset, and then there’s our ad. And there’s an implied sort of endorsement for our ad to be there, and our ads are more creative and calm, so people enjoy looking at them and reading them.”

What non-obvious channel might you be able to find your target customer in? What mindset do you want them in? Where isn’t your competition advertising and is there a way to leverage it?

Have a Strong Story and Personality to Create Retention

It’s always cheaper to sell to existing customers than to get new ones.

One thing Jules said they were still working on is encouraging repeat purchases, and for people to buy from their site instead of Amazon or other vendors.

“We practically create an express highway to the product’s site or Amazon.”

The Grommet doesn’t (currently) have a loyalty or incentives program, so they have to answer the question of how do you get people to buy from you when there’s no financial or expediency incentive?

For The Grommet, it’s the stories.

“There is some higher-order economic behavior going on though. People will complain if they have to leave the site, they’ll tell us they want to buy it on The Grommet.”

People stick with The Grommet because of the quality of the curation as well as the interesting stories that they’re telling about their products and makers. And people really stick with it. According to Jules, they maintain a Net Promoter Score in the high 80s or 90s (!!).

“We’re very overt about the people and values behind the companies.”

So even though there’s not an explicit incentive to buying on their site, clearly the emotional element brings people back and keeps them engaged.

Is there a way you can tell a stronger story in order to keep bringing customers or visitors back to your site? How can you feel more human to them, and not just a website or a company?

We asked Jules if there were any way that we could help her.

While it’s not a specific business-growing strategy, what she said was beautiful and insightful:

“Use that 10% of your income that’s discretionary to support companies you care about. Think about what their impact on the world is, and what you value, and be very deliberate about that 10%.”

So beyond thinking about how you can grow your business, also think about what businesses you’re helping to grow. Where you spend your money affects which businesses live and die, even on the micro level of a single consumer. Use that money deliberately.

So if you haven’t already, here’s what you should start doing and thinking about after reading about Jules’s story:

All you have to do to get it is share this article with the hashtag “#grommetgrowth” by Friday June 12th at 11:59pm.

P.S. If you want Noah's full interview with Jules, you can listen to it here.