How This Email Formula Achieved a 78% Open Rate (Case Study) 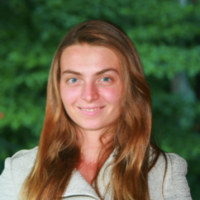 Email marketing only works if people open your emails. So how do you make them do that? And once they’ve opened it, how do you convince them to click through?

To help you, I reached out to the genius behind Email Copy Guru, Jay White, and asked him to deconstruct one of his best-performing emails, which generated a 78% open rate.

The email exceeded the client’s previous open rates of 30-50%, and we wanted to share the case study with you.

Jay explains the headline formula he used and how you can easily duplicate it (and his success!) with your emails. He also thoughtfully breaks down each line of the email and explains its purpose and how it affects the reader.

Before jumping into the case study itself, let’s see what separates great emails from poor emails. This will help you develop a deeper understanding of why Jay’s email performed so well.

A critical factor in writing a killer email is creating a flow that compels the reader to read the next sentence.

A popular way to do this is through storytelling.

Many case studies show that storytelling not only helps increase engagement, but headlines suggesting a story can drastically increase open rates and click-through rates (CTRs). In fact, Terry Dean, a former pizza delivery driver, made over $96,000 from a single email by using storytelling elements.

He firmly believes in storytelling, saying that most people tell you,

“You should share content. You should run special promotions. But those, more often than not, appeal to the logic centers of the brain. It’s stories that bypass the logic center and go directly into people’s emotions.”

Not sure how to implement storytelling? Or perhaps you don’t think you have any exciting stories?

Don’t worry about having an incredibly exciting story. Think more about how you can pull meaning from a small experience that happened to you. Jay gave the following example:

He was watching his young daughter (attempting) to imitate the crane technique in the movie "Karate Kid". Both his daughter and the character on screen were falling over as they tried to learn this move. The mentor in the movie, Mr. Miyagi, eventually helped the character learn the move.

Jay later used this story in an email selling business coaching, and it performed spectacularly.

As a copywriter, it’s your job to identify the problem the product solves, how it solves it, and translate that solution into a language the audience understands. If you can explain this to the reader, your emails will receive a much more positive response.

So how can you identify writing that does not demonstrate value?

Many poor emails talk about the business rather than the customer. For example, if your emails use a lot of “I” and “Company Name” statements, that’s a red flag. Below is an example of a company that could benefit from reading this post:

Nothing in this email really shows how they help people lose weight. it mostly talks about their own accomplishments. So why should I buy their product, when their competitor sells a similar service for cheaper?

The exception to the “I” statement rule is if you are using personal experience to demonstrate empathy.

For example, I recently opened a great email titled “The Best $5,000 I Ever Spent.” The email started by saying that the $5,000 ticket was half of his savings and a risky move. The point of the email is to sell a mastermind ticket, and he does a great job of putting himself in the reader’s shoes.

He knows that it’s scary to put up that much money and that your family might doubt you for it. He’s empathetic and addresses the concerns that many people feel.

He then continues to talk about how the mastermind ticket launched his career.

The key is that even if you talk about your own experiences, it should always tie back to what the audience is thinking or feeling. Notice how he ties the story back to the reader at the end and sells them on his mastermind.

You’ve probably heard the saying that copywriters aren’t great writers, they just answer objections. And there is truth to that. While not all emails require you to answer objections, sales emails usually do.

The key to answering objections is understanding your audience’s fears and pains.

One email copywriter who does a spectacular job of this is Ramit Sethi.

He did a masterful job of answering objections for a previous course (Zero to Launch). The course helps people start a business, and he knows that one of the most common problems is people worrying they don’t have an idea.

Rather than beginning by contradicting his audience, he agrees with them and compliments their intelligence for bringing up that point. He then goes on to answer the objection.

When answering objections, start by talking to customers. If you’re writing for a client, ask to see some of their positive and negative reviews and the most common objections that arise on sales calls.

However, not all questions are phrased on sales calls the same way they first appear in the audience’s mind.

For example, they might say on a sales call, “I have a job as an engineer, and I’m not sure if this course is appropriate for someone at my stage in life.” However, when they are looking at your email, they are probably thinking, “Is this just for 20-somethings?”

Once you understand their objections, address them in a way that respects the audience’s intelligence, agrees with them, and responds with an answer to the objection.

Now that you understand the major differences between quality emails and poor emails, let’s dive into the case study.

To give you some background, this email was written for a golf company that was driving traffic to a page with free golf coaching videos.

Below is the email subject line; we'll break down the three main factors that helped it achieve a 78% open rate.

Mentioning an industry icon is a great way to attract attention. Everyone wants to know what they say, do, and think (both good and bad). If there isn’t an icon in your industry, you can leave out the icon and still use the formula.

For example, if you sell a course and one of your students responded with a testimonial saying their results were “frightening,” your subject line could be, “he called his results frightening…”

However, including a celebrity is ideal. Here, mentioning Tiger immediately grabs a golf player’s attention, which leads to the next element.

The more questions you can raise with your title, the better your open rate will be. This title raises the questions of, “What was Tiger talking about?” and “Whose swing is it?”

As Jay puts it, “If you’re a golfer and Tiger says that’s a frightening swing, you’ve gotta find out who this is!” Humans need to have answers to their questions, and the ellipse at the end adds to the intrigue.

By mentioning Tiger and talking about a “swing,” the copywriter has already qualified that they understand the audience’s heroes and terminology. This automatically makes it stand out from other cold emails and makes it feel like an email your buddy from golf would send you.

The opening should be personal, and you should always test your call-to-actions (CTAs). This company found that putting their CTA closer to the top was most successful.

Now that the people have opened the email, we can answer the “who” from the subject line—the “who” is Moe Norman.

The other unanswered question is, “what’s frightening?” Now we move into the ESPN interview to reveal that Moe Norman’s swing is frightening. Be sure to credit the source of the interview!

Notice that in this interview, Tiger Woods isn’t endorsing this product or Moe Norman.

However, if you can find an interview with an industry icon where they discuss a habit, quote, or belief, you can use it as a hook. If you found Warren Buffet said the best $10 he ever spent was for a book, this could be a great hook if you are selling a book to investors.

Now you can reveal what the reader will get out of this email. They will receive a video that will show why Moe Norman’s swing is exceptional and how they can easily duplicate his swing.

Jay stresses the importance of using persuasive words like “copy and paste” and “easy” in the email. “Anytime you can slide in words that mean 'fast' or 'easy,' you are instantly improving your copy.”

Another element of this section is that he uses the audience’s language. Terms like “frozen ropes,” speak directly to golf enthusiasts and demonstrate a solid knowledge of the industry.

This is particularly important if you are copywriting for a client. Make sure you have an understanding of their terms and can speak in their language. Jay recommends that you only write for industries you have a passion for.

Now that you have uncovered the mystery and told the audience all the value they are going to get, you can add your CTA.

Jay also recommends including 3-5 links per email (his emails are 700 to 2,000 words long), with the link being at the conclusion of a natural cadence.

If you aren’t sure if it is the end of a natural cadence, consider using a link as the solution to a question you asked. For example, you could ask, “Wouldn’t it be great if you could learn Moe’s swing? Here’s the link.”

Now you have solved the email's mystery, stated the value, and given the audience two opportunities to click through.

If this didn’t convince them, finish your email by expanding on the value.

Finally, he reveals who is teaching the videos. Jay also explains his relation to Moe Norman and why he’s qualified to teach Moe Norman’s swing.

The email closes by detailing what you will learn in the videos (his five-step secret to the single plane swing and transforming hooks and slices into laser-straight shots) and emphasizes (twice) that it is free. Jay adds one more link and finishes the email.

Now that you have the formula, it’s time to practice. Swipe this formula:

Keep testing your emails and their subject lines and use feedback from the audience to guide your next experiment. Let us know how this formula works for your business!