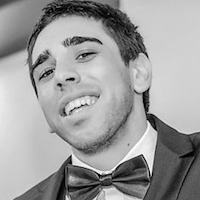 In the early 2000s, PayPal spent US$60 million on its referral incentives. New customers got $20 for signing up, and existing ones got $20 for referrals. This referral program helped PayPal acquire 1 million users by March 2000 and 5 million by summer 2000.

From 2000 to 2003 PayPal dropped the referral incentive to $10, then $5. Then as the PayPal network got bigger and bigger, the value of the network exceeded any perk PayPal could offer, so they ended the referral promotion on September 26, 2003.

The eCommerce company is called Ergodriven, and it sells a cool product called Topo which we use in the Sumo office all the time. It improves people's health and productivity by reducing fatigue at their standing desks.

It’s not just the product that’s cool though. Kit Perkins (Founder/CEO at Ergodriven) showed me something just as great… their product referral strategy.

When Kit was running Ergodriven’s DIY crowdfunding campaign he collected preorders for Topo, then sent people to this order success page:

All people had to do was share Topo on Facebook, Twitter, or via Email and if one of their friends bought, Ergodriven would refund $10 to the customer. As someone shared to more of their social profiles, Ergodriven had a progress bar at the bottom of the page to encourage people to get to 100% by sharing across all three promotion channels.

Kit recognized that it costs a lot of time, effort, and money to get a customer to place an order. Here’s a simple example he gave me:

With a tightly looped funnel like Ergodriven’s, you can get customers to “piggyback” on one another without spending money for social media advertising. Kit got about 1,000 people to Ergodriven’s order success page. All the shares, tweets, and emails generated about 50 sales. At a $99 price point for Topo, that’s $4,950 in product referral sales (for $500 spent in refunds).

When Kit executed this strategy, he needed his team to manually check for orders and issue refunds. Now it’s possible to use Shopify referral apps to automate cash rewards. For example, if you were using ReferralCandy, here is how it would work:[*]

For Ergodriven, the $10 cash reward made sense as Topo was their only product when they ran the crowdfunding campaign. Customers are unlikely to want $10 store credit if one Topo mat is going to last them years.

Ask yourself… what’s the #1 thing your customer really wants that would make them share? Another way to think about this is offering incentives that your customer demographic would love, for example:

Give the gift that will make your customer’s experience remarkable and makes sense with your profit margins.