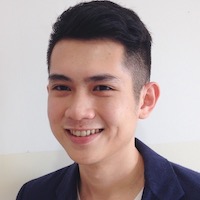 And you find this.

251 million results on that single search.

Who should you trust? And how do you know who you should follow?

I’ve gone through the BEST (and not so good) content by countless content creators and influencers so you don’t need to. I’ve also worked with some of the top experts in the ecommerce space.

Note: With the list of top ecommerce podcasts, it’s like having a board of ecommerce experts as your mentors.

Can’t want to dive into the BEST content and resources by these influencers?

Richard Lazazzera is the founder of A Better Lemonade Stand, an online incubator that inspires, educates, and supports thousands of ecommerce business owners in their entrepreneurial journey.

Richard started his career in marketing and later ventured into his own ecommerce business. He began A Better Lemonade Stand as a channel to share business lessons and insights as he was building his businesses.

He then joined Shopify and helped grew Shopify from 60,000 to over 200,000 merchants as a part of Shopify’s growth team. In early 2015, Richard left Shopify and focus on A Better Lemonade Stand full time.

Mike has been involved in online marketing since 2004, starting as an affiliate marketer. He then ventured into ecommerce with Treadmill.com, and sold over $1 million of product in the first years.

He then sold the business in 2014, and has started multiple ecommerce brands with a combined total annual revenue of over $7 million.

Most Facebook groups suck, but not Cener Ecommerce Mastermind.

Justin Cener is a serial ecommerce entrepreneur, an ecommerce coach, and the man behind the Cener Ecommerce Mastermind, a private Facebook group on starting and running a Shopify business, with over 50,000 members.

Justin focuses on the print-on-demand ecommerce business model, and shares everything about it from product ideas to store design to Facebook advertising.

Austin Brawner is the host of the Ecommerce Influence podcast.

He has interviewed many successful entrepreneurs and published numerous articles on topics including search engine optimization, email marketing, and productivity for ecommerce business owners.

Austin also runs Brand Growth Experts and has worked with brands like Kettle and Fire, MVMT, and Four Sigmatic.

Ever heard of Skinny Me Tea?

It’s the world’s first “teatox” brand, founded in 2012, and has sold over 11 million cups of tea worldwide in five years.

Gretta van Riel is the person behind this great success. She has since ventured into other successful brands like The 5th Watches and Drop Bottle.

Social media is Gretta’s arena. She has a total of over 16 million followers on Instagram across multiple accounts.

How passionate are you about your ecommerce business?

Alaa Hassan considers himself the most passionate ecommerce guy you’ll ever meet. He is the founder of Ecommerce Training Academy, an online platform with content, courses, and webinars on ecommerce topics.

Alaa is also an advisor for over 30 online retailers worldwide and has spoken at multiple ecommerce events and conferences.

He founded his first company, DesignPublic.com, grew it into one of the premier online design retailers, and sold it in 2011. Drew then ran marketing for multiple businesses, including ecommerce brand Karmaloop.com and SaaS company Teamwork.com.

Anton Kraly is the host of the Ecommerce Lifestyle podcast.

Unlike many other business blogs and podcasts, Anton’s mission with Ecommerce Lifestyle is to help his audience to gain freedom through entrepreneurship.

Anton has been involved in ecommerce businesses in the past 12 years. One focus was to create and optimize growth systems that scale entrepreneurs businesses without adding manual work.

Shopify has one of the biggest ecommerce blogs and compilations of resources on the internet.

When it comes to the best ecommerce influencer to follow, look no further from the Shopify content team. Corey Ferreira is one of them.

He has written about ecommerce on Shopify, Entrepreneur, and Social Media Explorer. And his marketing has been praised in major publications.

Ezra Firestone is the CEO of Smart Marketer, an online platform with resources you need to build a successful ecommerce business and maintain a balanced lifestyle as an entrepreneur.

Like many, Ezra started his first online store, My Costume Wigs, as a side hustle. With some experience under his belt, he created his second — and most successful — ecommerce brand, BOOM! by Cindy Joseph in 2010, and sold My Costume Wigs in 2012 to focus on BOOM.

As Ezra continued growing his business, he started to connect with the ecommerce and marketing community. Thus, Smart Marketer was born in 2013 as an outlet to share what was working for his own businesses.

Now you have the 10 ecommerce influencers every store owner should follow.

Still not sure where to start?

I got you covered. I’ve gone through all the content and resources produced by these influencers and hand-picked the best pieces for you.