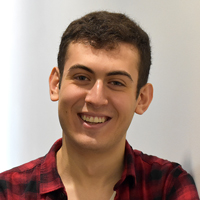 Pistol Lake would run a more profitable apparel business if they cut corners.

But they choose not to.

They emphasize good values and organic growth. Since 2012, they’ve:

In this post, I show you some of the strategies they’ve used to grow a successful apparel business without compromising their values.

1Strategy #1: Build The BEST Product You Can
2Strategy #2: Have And Uphold Values You Believe In
3Strategy #3: Stand Behind Everything You Make
4Strategy #4: Have An Inspiring Message (That Your Audience Will Love)
5Strategy #5: Share Your Story With A Targeted Audience (Especially When Starting Out)
6Strategy #6: Stick To Your Origins
7Strategy #7: Don’t Be Intimidated By Hardships

Strategy #1: Build The BEST Product You Can

During our call with Pistol Lake, one thing kept popping up: they never want to sacrifice on quality, even if it means less profit.

Pistol Lake’s founder, William Sulinski, started with a goal to produce high-quality, well-fitting clothes for men. That was their one niche, and it still is.

To build the best product he could, he moved to LA (where the textile industry has a big presence), and worked hard to make the appropriate connections to start manufacturing top-notch menswear.

For three years, the company’s focus was creating the perfect fabric for activewear — an incredibly soft fabric that:

Doesn’t that sound like an amazing fabric? They called this fabric Eudae, and it’s made with polyester (from recycled bottles) and eucalyptus.

The best thing about it — it’s so effective in absorbing sweat and eliminating odor you don’t even have to change to go to work after your gym session.

Here’s their promotional copy for Eudae from their Kickstarter campaign in 2016:

There's an important lesson here: go above and beyond to create top-quality products, and the product will sell itself.

William told us Pistol Lake has a limited marketing budget; they use remarketing (Facebook Ads, Google AdSense) to reach people who have shown interest in their products before.

Besides remarketing, almost all their traffic is non-paid. It comes either from Reddit (which we’ll talk about in a second), or, according to William, word of mouth.

Their products speak for themselves. They aren’t cheap — they’re made in the US and with top-notch fabrics — but Pistol Lake still turns a profit month after month. People pay for quality.

Key Takeaway: Build a top-quality product customers simply can’t pass on, even if creating such a great product takes lots of effort. Everyone can sell average products — shine in your industry.

Strategy #2: Have And Uphold Values You Believe In

Unethical manufacturing is a legitimate concern in the clothing industry. According to William, this is a problem even in the US — most clothing manufacturing plants are simply not great working environments.

This is why Pistol Lake works with a factory that:

This does drive up their costs, yes, but it also increases their product quality.

According to William, they could choose to work with another factory in LA and save 20%, but this would mean lower-quality products, and supporting a factory which doesn’t care about its employees as much as the factory they currently work with.

Here’s another snapshot from Pistol Lake’s Kickstarter campaign in 2016:

You know what? The leaders care, and it’s not just PR. They actively choose values over profit, and their customers see this. It isn’t fake.

Because their customers know the company legitimately cares, it makes them feel good about buying from Pistol Lake.

They’re also active on other related subreddits, such as “r/onebag”, a subreddit about minimalism and having as little items as possible. Because Pistol Lake’s clothes don’t need to be washed as often as normal clothes, this is a perfect little niche for them.

You can do what William does by finding subreddits and other online communities that fall in line with your company’s values, and interact with your customers there to increase your sales.

Key Takeaway: Make sure your company has values (e.g., proper manufacturing practices) — important ideas it believes in. Be proactive about working to uphold these values.

Strategy #3: Stand Behind Everything You Make

One thing that really sets Pistol Lake apart is they stand behind everything they make. Go to Reddit and search for “Pistol Lake”, and you’ll almost always find a comment by William answering the question at hand.

That’s how much they believe in their products — enough to pay all shipping if you don’t like the product and want to return it.

This goes back to the first point — they create the best products. When you stand behind your product to the point you accept full refunds and cover shipping, it delivers a strong message.

It’s authentic. It shows you believe your customers will love your products, and it builds trust.

Author’s addition: When I emailed William to let him know that I wrote this article, he sent me two of their top-selling tees, just because he felt like it.

He really, really trusts his products. He knew I’d like them so much that I’d tell my friends and colleagues about Pistol Lake.

And he was right. The tees are extremely comfortable, and the owners of the company really care. I’ve recommended them to a few friends already, and will continue doing so.

I immediately posted this on my Instagram when I first received the shirts:

Key Takeaway: Have the utmost trust in your products, and act accordingly. This builds massive trust on your customers’ part, and in return, they become loyal brand advocates for you.

Strategy #4: Have An Inspiring Message (That Your Audience Will Love)

The product's main selling point is minimalism — you can go anywhere in one piece of gear.

Whether you’re going to the gym, to the mountains, or to work, or all those in a single day, Pistol Lake clothes will do the job. One shirt for everything you need to do.

According to William, they want their audience to “do epic things” with Pistol Lake gear, and it is how they position their brand.

Notice the model's stance and the title's tone. It promotes a simple, minimalist take on clothing so you can go out there and live life.

This is great because it resonates deeply with Pistol Lake’s audience.

I am in Pistol Lake’s audience — I’m a young adult male who is decently active and employed. Their tone really interests me because I don’t want to bother with doing laundry often. I just want to go out there, work, live, and have adventures.

Because of this, their message inspires me to buy from their brand.

Key Takeaway: Find a message that resonates deeply with your audience. This, along with high-quality products, will make them love your brand.

Strategy #5: Share Your Story With A Targeted Audience (Especially When Starting Out)

Back in 2008, when they ran their first campaign, William used his network to get the Kickstarter going and get those first contributions in.

Before starting Pistol Lake, William worked in the tech industry. When the Kickstarter campaign launched, he wrote a blog post about transitioning to the clothing industry from the tech industry and posted it on Hacker News.

Then he sent this post to his friends, and this interesting article helped him and Pistol Lake to gain some traction.

There were a lot of questions asked and lots of comments on the thread, and this got Pistol Lake more attention.

Hacker News is a niche forum for people in the tech industry, and Pistol Lake’s products appealed to men who work in tech. The article was interesting because it outlined what it’s like to go from the tech world into an unrelated field.[*]

The important thing to note here is:

William and Pistol Lake targeted the right audience from the start, and they acted to reach this audience.

The result? A successful Kickstarter campaign that allowed them to kickstart Pistol Lake (pun intended).

Another thing William did early on is he posted to the subreddit r/MaleFashionAdvice, asking for advice about a hoodie he was developing. Plenty of big names from the sub commented, and the thread got pretty big.

And then they went on to describe their product idea.[*]

This was very good exposure for Pistol Lake, and William walked away with great ideas about what people wanted in a hoodie.

Key Takeaway: Define your audience and be proactive to engage them. Produce interesting content, ask them questions about developing your product, and hear them out. They will reciprocate by supporting you.

Strategy #6: Stick To Your Origins

Whenever Pistol Lake sends out emails to their customers (which they do approximately once a week), they don’t talk about much.

They give information about what the product they’re promoting does in a casual tone, and that’s it.

Here’s what their emails look like. The rest of the email includes two more images of their products.

This is how Pistol Lake started — because the email list was only William’s friends in the beginning, he got used to writing in a casual and friendly tone.

This set the company’s tone today, and it’s what customers have come to Pistol Lake for. Simplicity.

Notice the conversational tone of the description, the simple photo, and the simple call-to-action.

William says he believes this is one of the biggest reasons customers keep coming back to Pistol Lake. The simplicity. The minimalism.

Now, the hook for your business might be different. It doesn’t have to be simplicity. What’s important to remember is whatever brought your existing customers to you is likely to bring you more customers.

And the best way to satisfy these existing customers? Keep doing what you’re doing, and stick to your roots.

Key Takeaway: Something hooked your customers on your business in the first place (e.g., simplicity). Figure out what that was and keep doing it.

Strategy #7: Don’t Be Intimidated By Hardships

When William first moved to LA to start Pistol Lake, he knew almost nothing about the textile and clothing industry.

He moved from Boston to LA to dive into the deep end and find his way from there. He met people, did research, and spent six and a half years to build Pistol Lake into what it is today.

Pistol Lake literally developed a new fabric from scratch, manufactures 100% of its products in the US, upholds great values, and is profitable.

It took time, but Pistol Lake is a true American success story, and proof that sticking around and working hard is worth it.

Here’s a picture of where Pistol Lake’s clothes get manufactured; William and Andrew are standing on the right.

Imagine the satisfaction they must feel knowing how far they’ve come.

Key Takeaway: Don’t be intimidated if starting out looks hard. Don’t sacrifice your values, and don’t expect immediate returns when you first start your business. Walk the walk, and do the right thing.

You’ve read about the amazing success story that’s Pistol Lake. They are an American success story, and they’re extremely inspirational.

They have great values, care deeply about the value they bring to their customers and the environment, and they work very hard to uphold their level of quality.

If you need clothes, I strongly recommend this brand. Their products are very high quality and will last a long time.