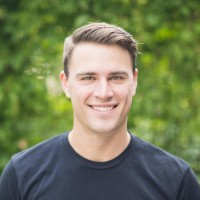 April, 2014. I’m sitting in our HR rep’s office, resigning my 6-figure job. Two weeks later I’ll be out of the workforce, officially unemployed.

Yet, as nervous as others (mostly my dad) said I should be, I was confident I could make something work. Why?

Because, during the last 30 days of my job, I had systematically tested - and proven - demand for a product idea I had. A product idea that’s now done multiple 6 figures in the 4 months since launching.

In this post, I’m going to show you exactly how I tested, validated and started making money from my startup idea.

Best of all: I did this the easiest, cheapest way possible. It only took two weeks, and I spent less than $100. That’s why it’s “80/20 validation,” I cut out all of the unnecessary things so many other would-be entrepreneurs do and focused on the few core things that actually get results.

By the end, you’ll have a playbook you can follow to test your own idea, before or after you quit your 9-5 in a blaze of entrepreneurial glory.

Since roughly 2010 I’ve been what I’d call 85% paleo: I usually eat according to a very strict diet (no grains or sugar, minimally processed foods) but have the occasional cheat day.

Never quite this bad

Fast-forward to 2014. I’d been hearing a lot of buzz about a new superfood, bone broth, that was just gaining traction in the paleo and gut-health communities. I’d read about the many benefits of bone broth for skin, gut and joint health, and was excited to try it.

The problem was... I couldn’t find it anywhere online. And - given the fact that I was working long hours and didn’t have a slow cooker to make my own - I didn’t have time to make it.

This is where I had the idea. Surely, given how hard it was to source grass-fed bones and how long it took to make bone broth (20+ hour cook times), there were others like me out there. Others who wanted to try bone broth, but didn’t want to make it themselves.

If this was true, I might have a nice little business on my hands, and be able to help people improve their health at the same time. Win win!

Now all I had to do was test the idea.

With the idea in hand, what’s the next step?

Here’s where many people would chime in with…

I had a better idea. I assumed that - if enough people wanted this product - I’d be able to figure out how to make it, source grass-fed bones and organic ingredients, and package it in a way that consumers found appealing. After all, food companies figure out ways to do this every day.

So instead, the first question I wanted to answer was:

How many people want this product and will they spend enough on the product that I can start a meaningful business?

Answering both of these questions is critical. After all, if you have a group of customers that really want something but aren’t willing to pay for it, that’s a terrible business. Hi people selling $0.99 Kindle ebooks!

On the flip side, if you have a customer segment that can spend a lot of money but doesn’t want your product, you don’t have any customers.

To determine how many people want the product, I looked at places where lots of paleo people hung out. Community sites like PaleoHacks and blogs like Mark’s Daily Apple all mentioned bone broth and it’s health benefits, while Google Trends showed some decent (and quickly growing) interest in the superfood.

Google Trends data at the time I was testing this idea

Plus, just by being a member of the community, I knew that it was something that many Paleo people were talking about.

On top of that, I took at look in the Google AdWords Keyword Tool and saw that several thousand people per month were searching for a product they wanted… that nobody was selling.

This was enough for me, and I concluded that there were enough people - at least several thousand - that were looking online for this product that I could make a business of it.

Next, I wanted to answer question #2:

Will people pay enough to make this a meaningful business?

To test this, I bought the domain “bonebroths.com”, had the stroke of genius to name the company Bone Broths Co., and set up a VERY basic landing page using Unbounce.

I re-published the whole page online, which you can check out here.

I also paid someone on Fiverr to come up with a very simple logo, for $5.

In my mind, this added an air of legitimacy to a very, very simple site. I wanted to make sure that those people that didn’t buy were doing so because they didn’t want the product… not because they thought they landed on a scam site.

Now, to be fair, even though the site wasn’t very good, the copy was. I used a clear headline, lots of power words, and made the benefits of the product extremely clear. I also added a FAQ that I wrote based on common questions Paleo people were asking about bone broth in online forums.

After setting up the page and writing the copy, the next thing I did was set a price. I figured that I could easily sell bone broth at a profit if I charged $29.99 for 16oz, and I’d be able to see how badly people wanted the product. If they were willing to pay nearly $30 for 16oz of a product they’d never touched, tasted or smelled, I figured this was a good idea.

Again, this was a BASIC site. For my ghetto-test, when you hit the Order button, it’d take you to a 1995-era PayPal checkout, where it asked the user if they wanted to PayPal $29.99 to jwmares@gmail.com for “Beef Marrow Bone Broth”.

Literally, this was the flow for someone coming to the site:

It was a UX designer’s worst nightmare.

After buying about $50 worth of Bing ads, people were actually PayPal-ing me money!! I did it!

sidenote: I always use Bing ads when testing ideas, as it’s SO much cheaper than Google AdWords.

Even without a product - and with the world’s sketchiest checkout flow - people were actually converting!

To me, this validated that enough people were compelled by the offer that - even if they were scared off by the janky checkout flow - this was a product they wanted.

Not only that, but over the course of my test (that lasted 2 weeks), I netted nearly $500 in revenue.

What I didn’t do here was hit up any of my fellow Paleo friends. I didn’t want them to bias me and tell me this was a good (or bad) idea. I didn’t want to rely on the existing networks I had. I legitimately wanted to know if multiple strangers would buy this product from me.

And, as it turns out, they would.

Perfect. So, I’d had an idea, tested it, and validated it. I had real customers! What did I do next?

Well, the first thing I did was send everyone who placed an order an email that looked like this (inspired by my friend Sam at HustleCon):

I’m the founder of Bone Broths Co. I wanted to reach out to say I’m really excited you ordered our bone broth. However, we don’t have the product in stock at the moment. So, I’m happy to refund you in full, or give you a 50% discount and we’ll ship in just a few weeks.

Bam. No customer complaints, everyone was happy. Those few customers that didn’t answer, I took the liberty of refunding them - I’d never keep money I didn’t earn.

Surprisingly, most of the customers decided to take the 50% off deal, and we were in business!

Once I’d tested and validated the idea (in just two weeks, for less than $100), it was time to figure out the rest of the business: how to make the product, find more customers, etc.

After several months of sourcing grass-fed bones, figuring out how to make and package bone broth at scale, and how to drive traffic, I’m proud to say that Kettle & Fire bone broth is a thriving business that’s been live for about 5 months now.

We’ve done well over 6 figures since launching towards the end of last year, and are now figuring out how we can keep growing, but that’s a story for another day.

You, future entrepreneur, first need to follow the same steps I did.

And if you use this method, or a similar one, to test your own idea, let me know in the comments!